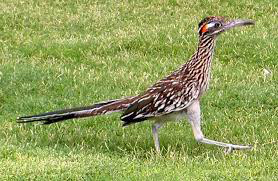 A coyote crossed our lawn three times this Fall. The red-tailed hawk who made a habit out of staring down from the top of the willow seemed unphased. The noisy birds of the region, particularly the crows, silenced in what seemed to be a sign of respect. The deers and their fawn were nowhere to be seen. Smaller animals, chipmunks, rabbits and squirrels, could be seen dashing towards their hiding spots. Each time the coyote walked across, he kept the same pace and seemed uninterested by anything around. Did not turn his head to check the surroundings, did not seem to be hunting; simply walking across the lawn. Headphones playing a bass beat over rap lyrics would have suited him well. He looked bad. His rhythm was more suited to a big cat’s calm sight-seeing when hunting for prey, than that of a big dog, jumping all over his owner in search of love.

So far, I have not figured out what Chappaqua homeowners and government authorities think of coyotes. Do they love them as part of the wildlife surrounding their houses? Or do they fear them as dangerous species, like the bears that haunt other regions of America’s northeast? The hamlet keeps a record of encounters with coyotes on a website, where residents can input their encounters with a signal, red, yellow or green, designating the level of danger they attribute to their experience. Curious that most sights are marked green, and only a few are marked yellow. That means the sightings were in a context of a pacific encounter. But there is a lot of fuss about them. Just google “coyote gunned chappaqua”. Endless stories about how to deal with them. A few, very few, narratives of dogs killed by coyotes, but mostly noise created by a subconscious fear of the beast.

Here and there, one can also find signs on the curbside of roads instructing people how to deal with the possible yet apparently unavoidable and unpleasant encounter with a coyote. Keep your pets on a leash, do not get close or overreact. Stay cool.

When I arrived in Chappaqua, this all seemed pretty bizarre. And after the first peaceful encounters with coyotes on my lawn, three during this Fall, I confess it all seemed pretty blown out of proportion. So far, I have not heard a story of anyone gunning down coyotes in the vicinities. Ignorance is indeed a bliss. But given the widespread fear demonstrated by the locals and the scope of web search engines, I would have expected that kind of news to have reached my eyes or ears at least once.

What really scares moms and dads in Chappaqua are deer, because of lyme disease. They constantly talk about how to protect their chidren from deer, primarily by fencing them away, surrounding their properties so these scary cute animals do not wonder onto their lawns, eating their plants and dropping dangerous ticks on their grounds. In the meanwhile, they spray their kids with toxic protectors to protect them from the dangerous ticks that pass on the illness. But … nobody guns down deer for the sake of tick control. Deer are either gunned down for sports or hit by cars. Sometimes, coyotes too.

Actually, I have very little compassion for animals, even though I do like them. I cannot avoid eating them. I love meat, and love tasting different sorts of meat. I once chased down a food stand that would serve me anjing (dog) at a bus station on the island of Flores in Indonesia. Dark, rough and tasteless. Coyote meat cannot taste that different. Not curious about it. Deer meat is different but not tasty.

There seems to be an obsession in Chappaqua with the idea of dangerous large beasts, coupled with a haunting fear of disease transmitted by tiny insects, these naughty ticks stuck on the fur of beautiful fawn. For some reason, I have an eery feeling about this double narrative. I smell gun powder. Nobody seems to gun down deer or coyotes in Chappaqua, but do its residents keep guns in their houses for safety or sports? Would they gun down a coyote? New York State has an open hunting season for coyotes that runs from October 1st through March 25th. I guess there must be some guys hunting them down in Westchester County. Do they live here? Anyone a neighbor of mine?

That is what I call the roadrunner’s paradox: it is a way of preaching let’s save the  wildlife, but please keep it away from me. (José Eisenberg)